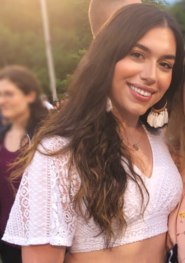 Miss Kat is a native to Wilmington, N.C. She is certified through Dance Masters of America and Carolina Dance Masters, Chapter #15. She is schooled in all forms of dance including, ballet, tap, jazz, lyrical, contemporary, pointe, musical theater, pom and acrobatics.
Miss Kat has been dancing since the age of 3. She considers herself extremely lucky to have discovered her passion at such a young age. She grew up competing regionally and nationally and continued competing in college as a member and choreographer of UNC Wilmington's competitive hip hop team, Physical Grafeeti.
She began teaching in 2007 at her home studio, South East Dance Academy in Wilmington, N.C. Miss Kat has since taught dance in North Carolina and New York. She has choreographed for Hoke County High School and Carmel High School dance teams. Since Miss Kat began teaching, her choreography has won numerous high honors, overalls, judges awards and choreography awards at various competitions. Her students have won several scholarships through competitions as well. In 2013 Miss Kat was honored to receive Carolina Dance Master's Beale Fletcher Entertainment award for one of her jazz routines.
As dance is Miss Kat's first love, her second is theater. While in N.C. Miss Kat has had the pleasure to work on film with CW Networks, "Hart Of Dixie" and has worked and performed for Opera House Theater Company in several of their live theater productions such as, "The Will Rogers Follies", "The Producers", "Hairspray", "The King and I", "Yanks 3, Detroit 0, Top of the Seventh", "My Fair Lady" and "A Chorus Line", just to name a few.
Over the years Miss Kat has found that there's nothing more rewarding than teaching and mentoring children that are eager to learn how to dance. She strives to instruct all of her students to understand the importance of dance vocabulary (and has been known to give an occasional vocab test in ballet class :)) She enjoys breaking down the physics of dance, and loves it when she sees a students "light bulb" go off! Miss Kat feels it's her duty in life to create and instill the love of dance in any child that walks through Epic's door. She is happy to be Epic Dance Center's Competition Director, and is thrilled to call EDC home! 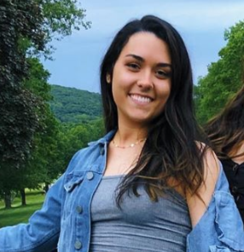 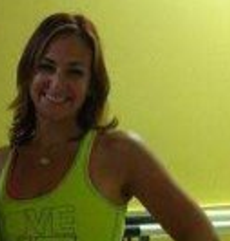 Miss Alyssa begun dancing at the young age of three at Darcy’s Academy of Dance. At the age of six, Alyssa was asked to join the studio’s elite competition team, where she traveled up and down the East Coast competing in various regional and national dance and talent competitions. Miss Alyssa has won countless awards, ribbons and trophies for her and her teams performances. After dancing at a few different studios, Alyssa finished out her high school dance career at the Westchester Ballet Center where she trained in a more professional environment focusing mostly on her technique.
Alyssa has trained in various styles including ballet, pointe, lyrical, theatre, jazz, Bollywood, hip hop, tap and contemporary. Over the years Alyssa has trained with many teachers and choreographers like, Wadie Jones from “So You Think You Can Dance”, Rose Marie Menes from the New York City Ballet, Catherine Kingsley from the Royal Ballet, Alissa Lazaro, Justin Wingenroth, Mary Ellen Bruno and many others.
When Alyssa was thirteen, she knew she had found her passion and decided dance needed to be in her life for as long as possible. Alyssa loves teaching and being able to see the growth in her students week after week and finds the most joy in choreographing and seeing her students bring her ideas to life.
In high school, Alyssa re-started the school’s dance team and was head choreographer of the team. She choreographed the teams performances for pep rallies, charity and other gala events. Alyssa has also choreographed multiple award-winning pieces for herself as well as other dancers.
Miss Alyssa just recently graduated from Westchester Community College with an Associates Degree in Business Administration. During college, Alyssa was a major part of the schools dance club, where she danced, choreographed and helped with the preparation in various shows held by the club. Alyssa still trains and takes classes in the city and locally as much as she’s able to and attends workshops and conventions like Groove and Monsters of HipHop where she has been able to work with prestigious choreographers in the industry. Alyssa loves being apart of the EPIC family!

Miss Kristen started dancing at the age of 2. Throughout her years of dancing, she has trained in various styles such as ballet, pointe, lyrical, contemporary, jazz, tap, and hip-hop with award-winning teachers and choreographers. Miss Kristen studied the ABT ballet program and was invited to attend their summer program to further enhance her technique at Suny Purchase. She started assisting and teaching dance at the age of 14.

Miss Kristen has been recognized for her skill by winning regional titles/awards at competitions and receiving scholarships at conventions for her dancing. Her choreography has also won countless honors, overalls, and judges awards.

Miss Kristen continued with her love of dancing while she studied at Manhattanville. She ran her college's dance team and performed in their annual winter and spring showcases. She even performed with them in Walt Disney World for 2 years in a row.

Miss Kristen can't imagine her life without dancing! She is so happy to be able to be a part of the Epic family!

Jamie (or Miss Jamie) started her passion for dance at the age of 4 attending dance class 5 days a week through her childhood and teen years. She carried that passion on to The LaGuardia High School of Performing Arts (The FAME school) High School in New York City where she was trained in Ballet and Modern dance. She continued her education majoring in dance at Marymount Manhattan College. Throughout her dance education and thereafter, Jamie continued her training, attending numerous classes in all styles of dance at Steps on Broadway, Broadway Dance Center and dance conventions.

After years of hard work, commitment and dedication to dance, Jamie’s dream came true…She was now the owner of her own Dance Studio in Queens NY, where she was given the opportunity to pass on her passion on to her own students. They went on to win many awards at competitions and many of them attended Performing Arts schools and became dance instructors themselves.
Jamie married, started a family of her own and after 10 years of fulfilling her dream, sold the studio to a former student. After her second son was born, the family moved to Carmel NY where she has been a Zumba instructor for 5 years. She fell in love with Zumba Fitness because it fuses dance and fitness…two of her passions. She loves teaching students from preschool to adults all styles of dance including ballet, jazz, lyrical and especially tap.
Jamie loves sharing her passion for dance and is continually inspired by her students to keep learning. She is a mom of three and her daughter Liana will be following in her footsteps and will be dancing at Epic. Jamie is very excited to be a part of such a great staff and studio. 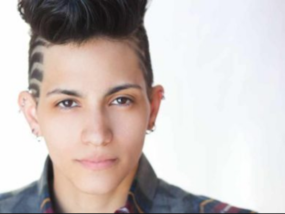 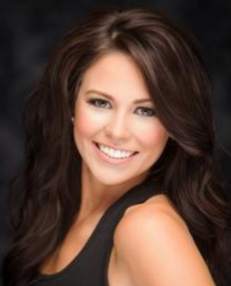 Mariah started dancing at age 3 and began competing at 5 years old. As a sophomore in high school, Mariah furthered her technical training in ballet and modern dance at The University of North Carolina School of the Arts High School Program. Throughout her 3 years of study at the UNC program, Mariah studied with many instructors including Brenda Daniels, Sean Sullivan and Patricia Casey. During her senior year, Mariah auditioned for the hit TV show So You Think You Can Dance, season 11, and made it all the way to the callback round. That became a defining moment and Mariah realized that dance was her future. She wanted to expand her knowledge and technique in not only ballet and modern dance, but all the other disciplines of dance as well.

After graduating from high school, Mariah enrolled in the Marymount Manhattan College Dance Program.  In her spare time, she continues to pursue her passion for dance at the Broadway Dance Center and when school is out, Ms. Reives spends her time home in North Carolina teaching and choreographing and "hopes one day all my dreams will come true through the hard work and dedication I put into everything I do". Trained in the disciplines of ballet, tap, jazz, acrobatics, hip hop, contemporary and modern styles, Mariah has won numerous regional and national titles and awards over the years. Mariah especially enjoys teaching children, all the time watching them learn, grow and develop into beautiful dancers. She is very excited to be on faculty at Epic Dance Center! 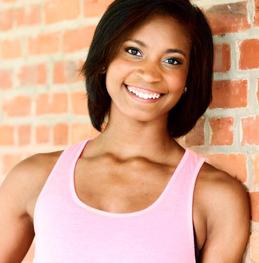 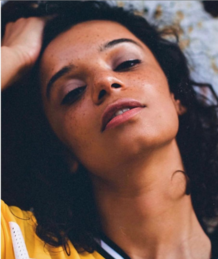 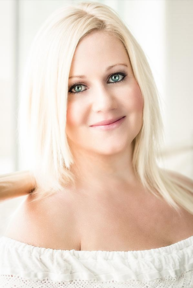 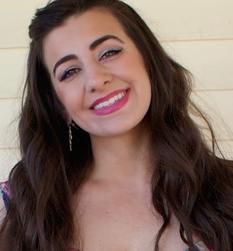 ​Miss Bianca has been dancing since the age of three. Throughout her childhood dance classes remained a constant in her life, not simply because she wanted to fill time, but because dance was a passion of hers and she couldn't wait to get there. In High School, she was the head choreographer/captain of her school’s Dance Team for multiple performances and gala events. She is trained in all areas of dance, such as Ballet, Lyrical, Tap, Theatre, Jazz and Hip Hop, by various teachers Mary Ellen Bruno, Wadie Jones from "So You Think You Can Dance," Darcy Baia, and Jennifer Hendricks, just to name a few.

Bianca continues to train in NYC as a part of the Rhythm City Dance Experience. Performing has always brought such happiness to Bianca, and four years ago she discovered that teaching was even more rewarding. She has taught at multiple studios, and during summer months she teaches dance to competitive ice skaters at the Westchester Skating Academy. Bianca takes frequent trips to NYC, where she continues to train at Ripley Grier Studios and Broadway Dance Center, with teachers Luam, Chio, Leslie Feliciano, Jermaine Brown and La Jon. Bianca has performed at Madison Square Garden for the Knicks Halftime Show, and her choreography has also been featured during both the Halftime and Pre-Game performances. Just recently one of her Hip Hop routines came to life, on the ice, during the WSA 2016 "Just Dance" Show.
Bianca realizes that her students look up to her in more ways than one, and she prides herself on being a positive role model for them both on and off the dance floor. She graduated early and with Honors from Pace University in 2014, with a BBA in Marketing and a concentration in the Arts. She is beyond excited to start this next chapter of her life at Epic Dance Center because she believes in everything they have to offer and knows your children will feel at home the second they walk in the door. 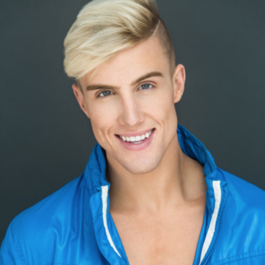 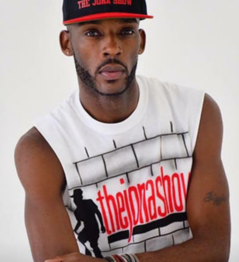